George Almpanidis is a Research and Development Scientist in the fields of Artificial Intelligence, Speech and Language Processing, and Data Science.

Dr. Almpanidis has worked as a Professor in the School of Computer and Information Engineering at Henan University and has been a member of the Big Data Research Center of Henan University. Before that, he was a Postdoc researcher in the Hamilton Institute and the Computer Science Department of National University of Ireland (NUI) Maynooth, and previously, an ERCIM “Alain Bensoussan” Fellow at the Department of Computer and Information Science of Norwegian University of Science and Technology (NTNU). In the past, he worked as a researcher at the Artificial Intelligence and Information Analysis Laboratory, while later worked as an adjunct lecturer/assistant professor at the University of Macedonia, at the Merchant Marine Academy of Macedonia, at the Technological Educational Institute of Western Macedonia, and at the Technological Educational Institute of Thessaloniki. 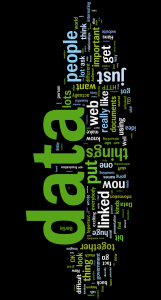